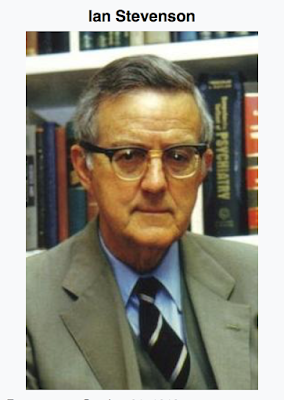 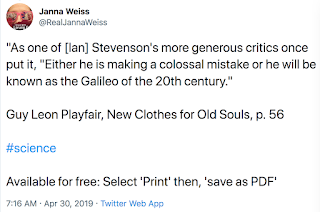 The strongest evidence for reincarnation comes not from any religion but from scientific research. Prof. Ian Stevenson (1918-2007), University of Virginia, pioneered scientific research on reincarnation. "As one of [Ian] Stevenson's more generous critics once put it, "Either he is making a colossal mistake or he will be known as the Galileo of the 20th century." Guy Leon Playfair, New Clothes for Old Souls, p. 56 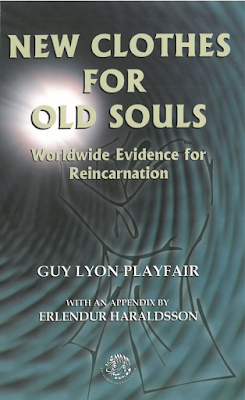 Druze belief in reincarnation is well-known and well-documented. It is less known that followers of some Muslim sects believe in reincarnation, including the Alawites of Syria, and some Shiite and Sufi Muslims of Iran, Pakistan, Turkey and other places.

Here are two excerpts from New Clothes for Old Souls: Worldwide Evidence for Reincarnation by Guy Lyon Playfair with an appendix by Erlendur Haraldsson:

״...the word used today by the Druze for reincarnation, taqammus, literally means a change of clothing. The Druze also have a similar belief to that of Tibetan Buddhists - as described by Laurence Oliphant in The Land of Gilead:

Some of them trace their order back to Hemsa, the uncle of Mohammed who in 625 went to Tibet in search of secret wisdom. He is said to have incarnated again in the eleventh century as H'amsa, the founder of the Order. From that time he is supposed to have reincarnated successively in the body of the chief Heirophant (or Okhal) in the same way that some of the buddhas are said to incarnate in the Tibetan lamas.״ (New Clothes for Old Souls, Guy Lyon Playfair, p. 16)

I believe, as do many others, that talking about past lives is only one way of providing evidence about the reality of reincarnation and, as you will see in this book, my experience is far from unique. Throughout recorded history, men, women, and especially children of many nationalities, religions and ethnic backgrounds have spontaneously described incidents from what they claim to be their previous lives, often giving the correct names of members of their former families, and sometimes even being reunited with and accepted by them, as happened to me.

Although Greek, Chinese and Indian philosophers spoke and wrote about reincarnation in the past, it is the modern world that is dealing with the subject in depth. It is less than 50 years ago, however, that serious research into reincarnation began, pioneered by the American psychiatrist Ian Stevenson, who by his retirement had amassed a huge file of cases from all over the world, several hundreds of which he had investigated personally, as described in Chapter Four. His example has been followed by researchers in other countries, notably the late Hernani Guimarães Andrade and Erlendur Haraldsson in Iceland, whose work is described in Chapters Five and Six and in the Appendix especially written for this book. As these and many other researchers have shown, it is now possible to base a belief on reincarnation on evidence.

One of the most important questions we can ask is: ‘Does any part of our personalities survive physical death?’ After reading this carefully researched book, I think you will find it hard to say no.

Documentary about O'Neal Mahmoud, a Druze boy from the Golan Heights village of Majdal Shams. O'Neal is an extremely rare xenoglossy case.


3-minute trailer with clips of O'Neal speaking English
English translation to the full-length video, The Strange Story of O'Neal


Several reincarnation cases researched by Professor Emeritus Erlendur Haraldsson and mentioned in New Clothes for Old Souls are featured in this documentary film.

Past Lives: Science and Documentation
http://therealjannaweiss.blogspot.com/2012/11/past-lives-science-documentation-3-films.html

The Unmistaken Child, a documentary film by Nati Beretz, about the search for a reincarnate Tibetan lama
https://vimeo.com/ondemand/unmistakenchildheb

May all beings enjoy lasting happiness, and be free of suffering and the causes of suffering.
May all our compassionate wishes be quickly realized.
May peace prevail on earth.

--
Hebrew translation of this post
Posted by Janna Weiss at 5:26 PM