United Nations High Level Forum on the Culture of Peace 2015

Serious – and funny. Hope you enjoy. 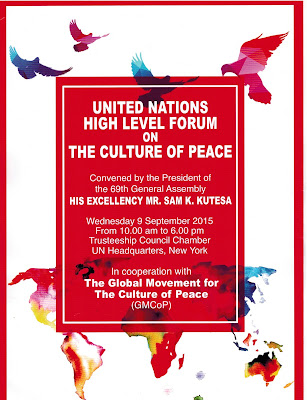 The day was packed with wonderful ideas, sincere intentions, and descriptions of actual Culture of Peace activities. There were also some very touching moments.

Inspiring moments and mental imprints of genuine hope for a better world came from the Middle East – a musical performance by two musicians, a Jewish-Israeli and a Palestinian, who call their duo "Fusion Unlimited."


To watch the musical performance

To my delight, two themes we heard repeated over and over from many speakers throughout the day were: 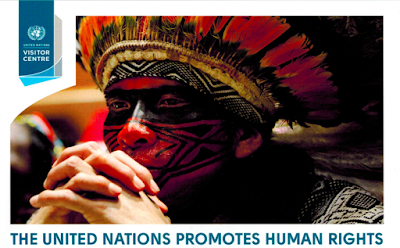 Mr. Arun Gandhi, Mahatma Gandhi's grandson, was the keynote speaker of the event. Mr. Gandhi described in detail how, after a grueling interrogation, his grandfather sent him to look for the the 2 inch pencil nub he had absent-mindedly discarded with the matter-of-course expectation that he would get a new pencil. His grandfather sent him out with a flashlight in the middle of the night so that he would learn, internalize and realize that even the tiniest waste of resources is a double violence, towards humanity and towards the planet. It took him two hours to find the pencil nub.

Arun Gandhi also related what it was like being raised in a non-violent home. Whenever he and his sister did anything wrong, instead of punishing them, his parents fasted. They fed the children, sat with them at the table, explained that they were not eating because they were fasting because they were not good enough parents. Afterwards, the children always tried harder to behave well since they did not want their parents to suffer. He explained that it is the exact opposite of a child who is punished and learns to be careful not to get caught again in the future.

After presentations by the UN Secretary General Ban Ki-moon and Ambassador Sam Kutesa, about 27 ambassadors of the General Assembly presented their statements. The shortest speech and most to the point was by the Ambassador of Grenada. From the ambassador's statement:

“There is so much peace in the world. Who's peace do I promote? Universal peace needs a stronger global consensus, when authority and power means caring. May each of our peace of ours spread so that we find a common peace for all.”

Now please laugh with me a little and appreciate the opportunity to share my joy...

Amazingly, unlike in 2013, the audience was allowed to speak. Diplomacy is not my strong suit, I admit... Although I only spoke for one minute, in my quest and search for world peace, I evidently ruffled a few people...

The seat of the Holy See was vacant and it seemed like a good and relatively neutral place (between Croatia and the State of Palestine). Moreover, I like Pope Francis and just a day earlier had posted Pope Francis's statement about the refugees on the Israeli The Marker Café Current Events forum. I love Jesus too – from my point of view he is like the Buddha. So it seemed like a good spot to sit, meditate, wish and hope for world peace. During the morning session I sat in the unmarked seat against the wall just behind the Holy See. But since the General Assembly delegates were no longer speaking in the afternoon, I moved forward just a tad.


When the floor was given to the general public, I spoke for one minute. As soon as I finished speaking, an irate Chinese man ran over to me and said, “You said 'Dalai Lama'.” Oh my goodness! I'm guessing the Chinese man must have demanded from the Holy See to know who was sitting in their seat and if I represented the Holy See or not. (It's pretty obvious that I do not.) Ambassador Chowdhury, the forum organizer and initiator, approached me and very graciously asked me to give my information to the security on behalf of the Holy See. The assigned security guard was Catholic and we both agreed that Pope Francis is a wonderful pope. He added that Pope Francis is likely headed for sainthood.

Let's hope that only good comes from it all. (Who knows? Maybe the Vatican will mediate between the Chinese government and the Tibetans?) Let's hope the whole tempest in a teapot (storm in a teacup for our British friends) becomes the needed spark for world peace, or at the very least, for a solution for the Tibetan people.

In the future, the UN may provide designated seating for civil society. (The invited spokesperson on behalf of civil society, Elisabeth Shuman, spoke from the seat of the Democratic Republic of South Korea. She pointed out that UN Declaration on a Culture of Peace Article 4: Education, is the square root of Article 16: Security. Dr. Panna Shah, a doctor from Long Island who founded the Shanti Fund, spoke from Samoa's spot. The Shanti Fund is an educational fund that organizes a weekend before Gandhi's birthday in 22 school districts in Long Island. Gandhi's birthday, October 22 ,was recognized by the United Nations as the International Day of Non-Violence.)

I offered to send an apology to the Holy See but was told it wasn't necessary. At least I'm glad the Chinese are now reading my blog... and probably also the UN security folks.. and the Vatican security folks... Welcome one and all!

Many people, all more important, more interesting and more accomplished than myself, spoke at the distinguished and respectful event that was rich with content and meaning. But I thought you might like to know what I said, so here goes...

Janna Weiss's one minute at the United Nations:

"[My name is Dr. Janna Weiss. I am a human rights activist] ...and a social media blogger. I've come before and I was so happy this year to hear so much emphasis on mindset and the mind and thank you for bringing Mr. Arun Gandhi here, and for the emphasis on, really, that violence is an inner process and developing peace is an inner process, and the strong emphasis on education. His Holiness the Dalai Lama has been working to develop programs for early childhood education, for childhood education. There's a heart and mind website http://heartmindonline.org/ and I hope that we can hear him [His Holiness the Dalai Lama] next year and have a lot of implementation of a lot of what we heard. So, thank you very much."
Video excerpt - Sep 9, 2015 - High Level Forum on the Culture of Peace -Part 2 1:13:44-1:14:48 (1 min)

Ambassador Chowdhury ended the panel by stressing the contribution of individuals to peace while holding up the 'little blue book,' the UnitedNations Declaration and Programme of Action on a Culture of Peace, which is available for each and every one of us to read and apply. He also reiterated the importance of the contribution of women for world peace.

May we all have genuine happiness, peace and well-being in our hearts and throughout the world. 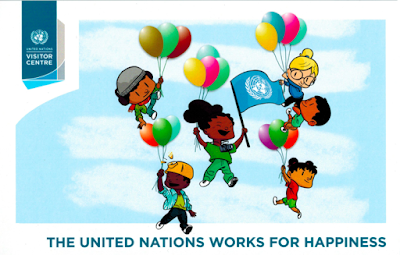