Professor Robert Thurman loves making up words and he's good at it too. Thurman has been translating from Sanskrit and Tibetan to English for 50 years.


His Holiness the Dalai Lama says that the English vocabulary for describing mental phenomena is limited and that we need more English words in order to be more precise. As an example, the Dalai Lama points out that the term “inner peace” does not depict the broad emotional and expressive range of a mind that has attained or developed inner peace. When we say 'inner peace' we may think of a passive vegetable staring out into space or of a vegetarian pacifist. But inner peace is not necessarily 'vegetarian,' neither literally nor figuratively. Inner peace has great power. Inner peace is not at all indifferent.

I don't remember all the wonderful words I've heard from Robert Thurman, but two stuck. One great word is “identitylessness.”

Typically, 'selflessness' is the most common term that is used, and people who don't understand what it means are afraid that they'll lose their precious self, something like committing suicide.

Identitylessness is a very precise descriptive term that helps to understand what exactly the inner enemy is that we're supposed to conquer, so that we won't have any more outer enemies.
(Is that possible? I wish...)

Identitylessness explains that what we don't have at all is something that we never had to begin with, and only seems to be something we have, namely: a solid, independent and permanent identity, 'identity excess.'

We all have all sorts of identities, some of them good, wholesome and nourishing, and some of them totally unnecessary, like: ugly troll, chronic alcoholic.

But what we don't have at all and what we all walk around with like roosters is: a solid and permanent identity, an excess of identity. 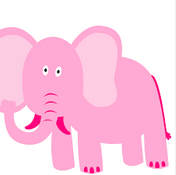 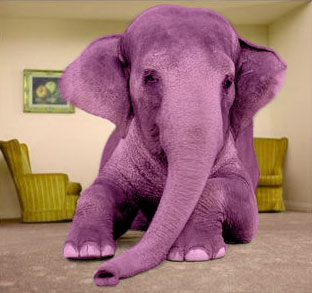 A solid and permanent identity or the feeling of independent identity, our 'identity excess,' arises when someone insults us, when they tell us that we've done something that we didn't do at all, when we are blamed for no reason and are very angry, or when we're terrified without any logical explanation, or when we must have something that we don't need at all – and on top of that, we also feel justified.

A solid and permanent identity, 'identity excess,' is not something that we feel or are aware of all the time, but its potential to jump out is there all the time – until we recognize that it is a complete illusion, a kind of mirage, like the pink elephant that does not really exist in this room right now.

We can bring to mind (imagine, think about) a pink elephant in the room and we can ascertain that it does not exist at all. In a similar way, when our strong sense of identity, our strong and exaggerated sense of "I" that gives us all the trouble arises, when it jumps into our mind despite the fact that it really doesn't exist, we can ascertain, logically, that it is only an illusion, the product of our mistaken perception.

That is how we can completely conquer our exaggerated sense of identity – when we realize that it is just a bubble in the mind, it bursts and disappears.

(The object of negation, 'identity excess,' is also variously referred to as 'the true self' or as 'the false self.' In any case, this misperceived self or mistaken view of identity definitely does not exist at all, and is utterly and completely and totally unfindable on examination.)

May everyone recognize their identitylessness and also succeed in ascertaining that identity excess, a solid, permanent and independent self, indeed does not exist at all.

Now that you've adopted it, you can get rid of that accursed thing, you can let go of it. It is said that all of spirituality, the entire spiritual path up to enlightenment (everything the Buddha, the genius, scientist, social activist, superb teacher who understood the human mind and all minds) can be summed up in three words: Let it go. 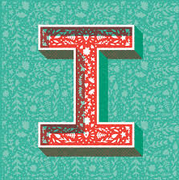 In English we see the problem very clearly in the language itself: I is written in capitals, as a capital letter. The problem is not 'I' itself. The problem is the exaggerated I that haughtily and condescendingly towers above everyone else, that perceives itself in the center, cut off and disconnected from everyone.

No 'I,' none of us, exist in the detached, disconnected, lonely and isolated way that we imagine. We all depend on each other, for our livelihood, our food, our housing, our clothing. Everything we have comes from others. We are very dependent on each other and it is very important that we appreciate the role that we each have by virtue of our mere existence, by virtue of our very existence.

When we understand and internalize the fact of our interdependence, we will also not want to kill others and will not justify killing. We will not want to exploit others for profit. We will be able to make a living from “right livelihood,” i.e., a realistic livelihood, a livelihood that is based on a realistic perception of self and other.

(P.S. The Buddha taught that two truths are both true simultaneously: conventional truth or conventional reality, the way things appear, and ultimate truth, the truth of the absence or emptiness or voidness of inherent, intrinsic, independent existence, which is the way things exist ultimately.)

Original post in Hebrew, The Marker Cafe Current Affairs Forum, August 21, 2016
On Janna's Hebrew blog, The Marker Café
------
Corrected/updated December 10, 2016 -- I mistakenly wrote 'identitynessless.' The word Bob Thurman coined is: identitylessness. The two are not interchangeable, as identityness might leave some idea of something still existing, where nothing at all exists. I hope I have done identitylessness justice. It is a critical concept to understand. The end of all violence and destructive emotions in the mental continuum depends on our grasping this critical point.
Posted by Janna Weiss at 8:03 AM